A market is different from a neighborhood. In choosing comparables and reconciling values, it is worthy to consider the distinction between the two in analyzing market trends. This is vital in real estate appraisal.

A neighborhood is a grouping of complementary land uses. This is a geographical term and includes residential, commercial and even industrial uses within a neighborhood. Meanwhile, a market is the sum total of all competing properties of buyer and sellers in a given area or region under consideration. A market study is focused on competing properties. Therefore, in conducting market analysis one should not limit themselves in analyzing properties in a given geographical unit.

Most appraisers can easily identify appreciating market indicators. Some of which are the undersupply of competing properties and listings; reduced marketing time; an increase in list price than the previous sales price.

The presence of one or all of the indicators would be a signal of market appreciation and the appraiser should consider it in making adjustments and choosing comparables to produce credible reports.

The other method in analyzing the market trend is to distinguish the market if it’s a seller’s market or a buyer’s market.

A reliable appraisal, especially in dynamic and growing markets such as Metro  Manila and Metro Cebu, must consider real estate trends to offer the most insightful and complete valuation. When in doubt, consult with quality-oriented and experienced valuation professionals that specialize in market analysis. 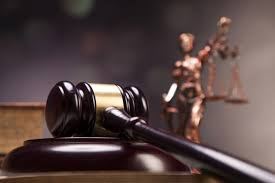 Appraiser Gus appointed and subpoenaed as an expert witness in  San Joaquin Superior County Court, Stockton, California. The court is  determining the value of  properties located in the Philippines which is under dispute and for disposition.

“I am humbled for the appointment and the opportunity to appear in a US Court as an appraiser witness.” Appraiser Gus replied upon knowing the order.

In its order, the court emphasized his role in the court proceeding citing the following:  “The appraiser provided an estimate of value for real estate properties in the Philippines. He has the the first hand knowledge of the properties, title information and estimated values which are crucial in resolving the property division aspect of the case.”

Prior to his appointment, Appraiser Agosto has served different trial courts in the cities of Lapulapu, Cebu, Mandaue and Talisay as court commissioner.  Beside working in the court, he has served clientele both in private and public. Some of them includes Miraizo Group of Hongkong, General Milling Corporation, SMC Lighterage Corporation, Southwestern University, Pilipinas Water Resources, Inc. and University of the Philippines. He was the former Managing Partner of Intech Property Appraisal, Inc. and Magaca Appraisal Konsult.

“It’s an opportunity to showcase our professional expertise in the USA, which is known as the hallmark of real estate industry.” Appraiser Gus told Appraiser News Online. “My job is to help the court in determining the value of the property under litigation.”

Appraiser Agosto is a National Director of the Philippine Association of Real Estate Board, Inc. He is also a faculty of real estate management and finance in the University of San Carlos, Cebu City.

screen shot caption of the subpoena

Real estate plays an important role in the economy. Residential real estate provides housing for families. It is the greatest source of wealth and savings for many families. Commercial real estate, which includes apartment buildings, create jobs and spaces for retail, offices and manufacturing. Real estate business and investment provide a source of revenue for millions.

Real estate, renting, business and construction are both measured by, and contributes to Gross Domestic Product (GDP). As shown in the graph, its growth continues. In 2016, it contributed P1.8 trillion,  13 percent of the country’s gross domestic product. It exceeded its 2000 record of P3.5 trillion. At that time, real estate, renting and business was a hefty 9 percent component of GDP.

Private construction, which is mostly done by property developers and individuals, contributed P1.2 trillion in the gross domestic product. It is one of the contributor in  providing employment and help in lowering  unemployment rate.

Understanding key real estate relationships has a strategic implication on real estate decision making and portfolio management. The changing real estate environment can be linked to the macro-economy. Knowing the relationship between macroeconomic variables and real estate performance , and knowing whether these links are consistent or changing overtime ca provide a useful tool in leveling up our service to our clients and to our daily real estate practice.

Land valuation is the most common appraisal assignment. An appraiser uses different method of valuation taking in consideration the purpose of the appraisal. But land differs in sizes, shapes and probable uses that an appraiser should look up to. Land which is large enough has different characteristics that warrants equal if not special attention. Besides, large tract of land requires more data and sets of comparable in using sales comparison method to arrive in a reliable and defensible market value.

An appraisal technique seldom used by appraisers in determining value of large tracts of land is the subdivision or development approach. This technique determines market value by subtracting the costs of developing a potential subdivision from its anticipated proceeds, and discounts the remainder to arrive at present value as of the date of the appraisal.

In using this technique, an appraiser should prepare a subdivision lay-out to determine the number, size and shape of lots. Through research estimate prices of lot; rental rate per square meters if improved with buildings; the development cost and developers profit and the income stream discounted to the present and arrive in its market value.

Often, land value estimates emanating from the subdivision or development approach are significantly lower than those correspondingly derived from the sales comparison approach with a lower lot sizes and different uses. In theory, if both the development method and sales comparison approach were applied correctly, the value estimates should be similar. Nonetheless, the process of reconciliation of different approaches, the appraiser should give weight to the method which is more reliable and justifiable than the other.

In the whole process of the development method of appraisal, the experience, skill and judgment of the appraiser will play with paramount of importance. There are number of methods and techniques available for the appraisers to explore and gain expertise in the practice of profession. Through our innovative effort as an appraiser, we can make an important contribution in popularizing and practicing the subdivision or development approach, in the service of our clientele and to the society.

I appraised properties in Cavite recently. My client, which is an expat living in the US, instructed me to deliver the report within three (3) days for court submission. He gave me only the exact address of the property, the rest will be produced through research.

Early in the morning I travel to Noveleta, Cavite for my first assignment, through the Manila-Cavite Expressway or Cavitex. I arrived in the municipal hall and paid a courtesy call with the Municipal Assessor, then proceed to the site for actual site inspection and research.

Then I went to Trece Martirez City to conduct due diligence for a property under dispute. I visited the site and afterwards went to the City Hall to conduct research and investigation.

I finished the assignment in three days and submitted it. My clients were happy after reading the appraisal report I sent to them.”Thank you for excellent job.”

A commendation that makes an appraiser happy.

Cavite is a province in the Philippines located on the southern shores of Manila Bay in the Calabarzon region on Luzon island. It is bounded on the north by Manila Bay and Metro Manila, on the east by Laguna, on the west by the South China Sea, and on the south by Batangas. It is composed of 7 Cities and 26 Municipalities. With a population of 3,090,691 in 2010, it is the most populated province in the country.

You can reach Cavite from Metro Manila through Aguinaldo Highway and Manila-Cavite Expressway or Cavitex .Situated just 21 kilometers south of the capital, it is one of the most industrialized and fastest growing province because of its close proximity to Metro Manila. Many companies, such as Intel, have established manufacturing plants in numerous industrial parks in the province. As of 2012, there are 382 actively operating companies in Cavite Export Processing Zone.

Major historic events happened in Cavite that shaped Philippines today, if you want to know more about Philippine History, you can visit Cavite and it will be like seeing the history itself not just reading them from Philippine History books.

Gus Agosto, the President of PAREB-CESOREB, in his speech welcoming the participants highlighted the objective of PAREB-Cesoreb in conducting cpd seminars, “ Pareb- Cesoreb aims to help in raising the bar of real estate professional practice in Cebu.” “Thru seminars, we can produce more and more real estate practitioners who are capable in providing professionalized services to their clients and to the public in general.”

“We learned a lot in the seminar”, one of the participant said. “We are looking for the next set of seminars “, another participant shared.

The two-day seminar were the first set in the series of seminars they will be conducting. The topic of seminars included basic property management, leasing, BIR transactions, business planning, real estate service law and professional ethics. 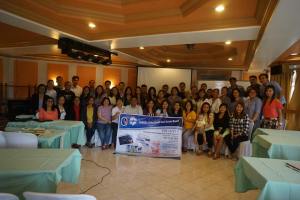 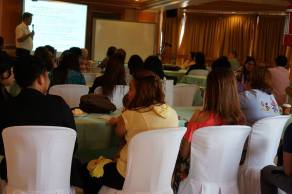 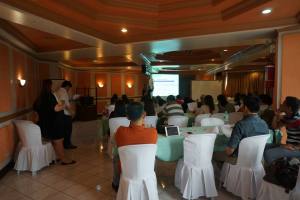 Every appraisal assignment gives me an opportunity to visit beautiful places of the neighborhood and nearby tourist spots. This is Panglao island, recognized as one of the premier tourist spot in Central Visayas. 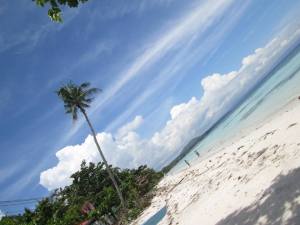 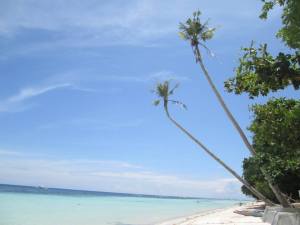 “Congratulations to all of you”, the lady judge happily greeted them after the oathtaking ceremony in her office. The other oath-takers were the City Assessor of Carcar, Cebu City and the Clerk of Court.

“I thank the lady-judge and the lawyers who trusted my capacity and chooses me as one of the Commissioner.” Appraiser Gus exclaimed. “With the present composition of Commissioners, the court could render wiser judgment aided by the report of each and everyone of us as Commissioners.”

Appraiser Gus was also chosen as Commissioner by the regional trial court of Lapulapu to determine the fair market value of a property in a dispute. Previously, he also served as an Associate Appraiser in Zonal Revaluation of the BIR Technical Committee in Cebu City.

It was an honor and privilege to be invited by a prestigious and one of the top appraisers company in the land to join their team in appraising property in Metro Manila.

Truly it adds value to my appraisal skills and in running an appraisal company. 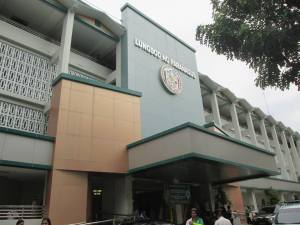 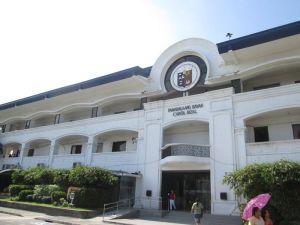 Gus Agosto attended the Forum with visiting professors Dr. John Leung from City University of Hongkong and Dr. Brian To from Singapore Management University as speakers. Dr. Leung discussed the topic “Entrepreneurship is Service”, while Dr. Brian To share the topic “Managing Yourself”.

Both professors were distinguished and successful on their own field. Dr. Leung is currently the Director of Executive MBA program, and an Associate Professor of Marketing at City University of Hong Kong. While Dr. Brian To is a Senior Practice Professor of Strategy and Leadership and Senior Wharton Fellow of University of Pennsylvania.

“The more I learn, the more I realize that there are more things I need to learn and discover”, Appraiser Planner Gus said. Gus is also a faculty member of the University of San Carlos.

The forum, organized by the School of Business and Economics, was held last August 24, 2015 in University of San Carlos Downtown Campus.  “The pace of innovation in business are now moving fast, and I want to learn more to provide my clients of top of the line solutions”, Gus ended. 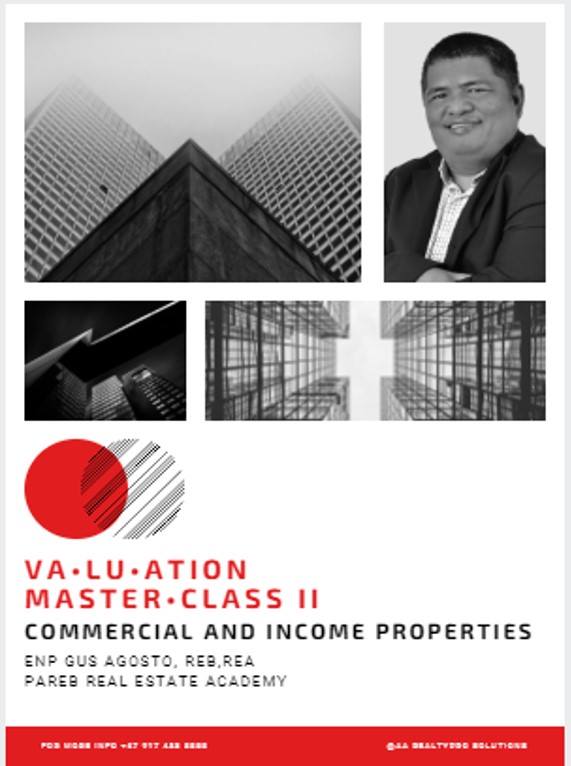 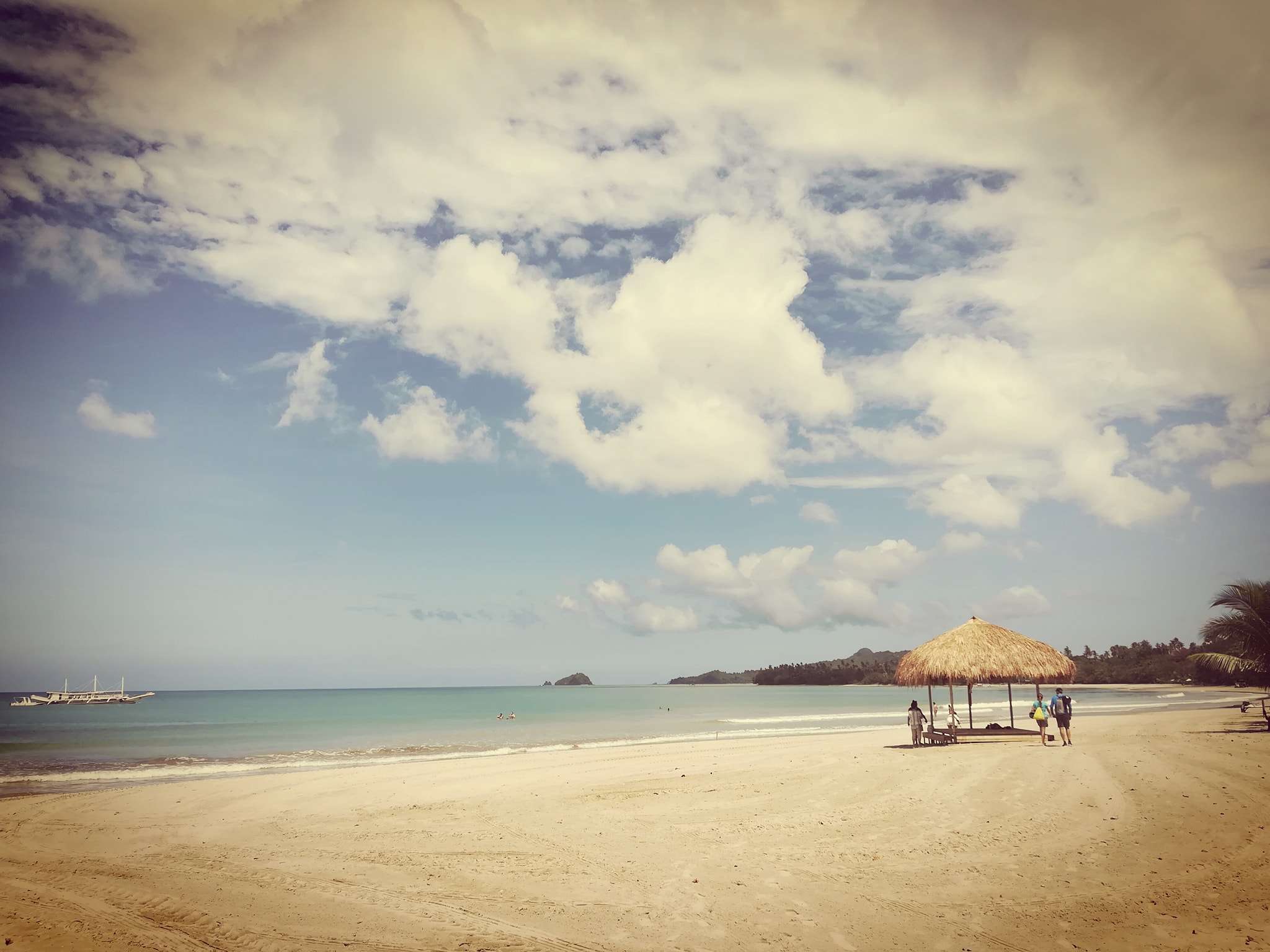 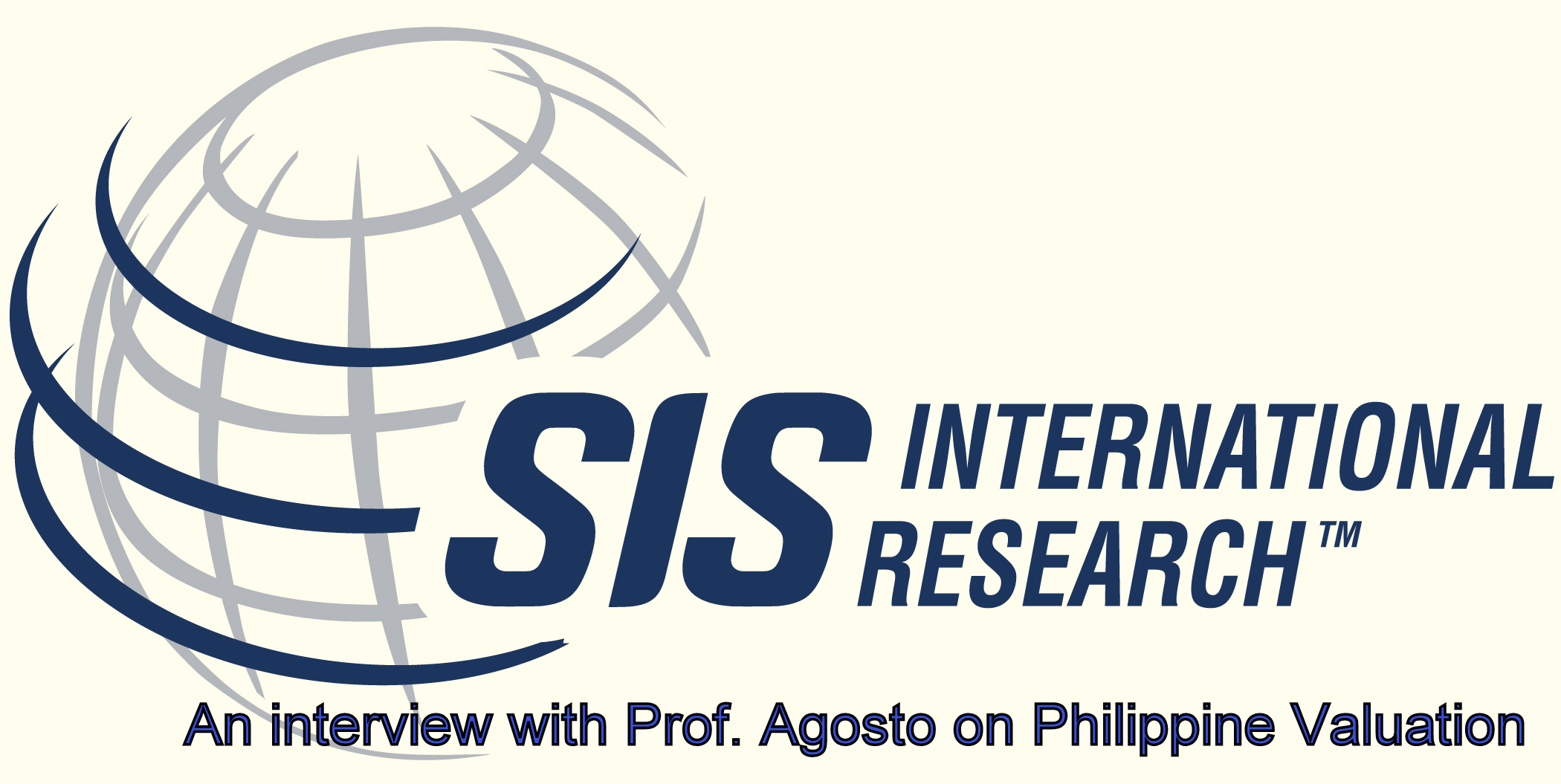